She and He, a couple that everything opposes, find themselves confined, with their only child.
Forced to live together, they will put their convictions to the test during the spread of the pandemic.
In this face to face, more political than it seems in the first French creation, Dennis Kelly, faithful to the English “kitchen sink drama”, depicts with humor and cruelty the story of a couple, confronting each of the characters with their own history.

As the intimate revelations progress, morality is increasingly shaken, good and evil turned upside down.

What will remain of the promises of change and of this terrible crisis that we have gone through?

Capucine Lange and Arnaud Anckaert created the Théâtre du Prisme in 1998, a company based in the Hauts-de-France region. They discovered texts, with a pronounced taste for Anglo-Saxon authors, which they had translated, and which Arnaud Anckaert directed in French premiere. This was the case for Orphans, by Dennis Kelly, Constellations, by Nick Payne, Revolt. She said. Revolt again, by Alice Birch, and Earthquake, by Duncan Macmillan.

The company is subsidized by the Ministry of Culture-DRAC Hauts-de-France, and associated with the Comédie de Picardie in Amiens.

Born in 1970 in New Barnet (North London), he joined a young theatre company at the age of 20 and began writing. At the end of the 90s, he began his university studies at Goldsmiths College in London. Although he says that he did not learn much about theatre writing, he affirmed his choice of forms that broke with English social realist theater, like those developed by Antony Neilson, Sarah Kane or Caryl Churchill. His texts, combining the provocative character of in-your-face theater and the experimentation of the most diverse dramatic styles to approach acute contemporary problems, quickly made him known.

He trained at the Lassaad school in Brussels, and in 2005 joined the Unité Nomade de Formation à la mise en scène of the Conservatoire National Supérieur d'Art Dramatique de Paris. He has worked with Matthias Langhoff, Jean-Pierre Vincent, Bernard Chartreux, Kama Ginkas, Armand Gatti. As a text scout, he likes Anglo-Saxon writing, and creates the French premieres after having commissioned the translation. What interests me most is that the performer is at the heart of the show, and that the relationship he or she has with the audience is privileged. What I'm looking for is for the making of theater to be invisible and concrete. With my shows, I have an experience with the actors, and I feel responsible for the reality of what is put into play. I am looking for a close relationship with the audience, a taste for singular theater and a relationship of experience powerful enough to leave a memory as strong as a moment of intimacy. For me, it is a question of making the spectator active, alive, participating in the performance in the same way as the actor but in a different place. It is in this perspective that I am very attentive to the emotional process of the actor, to the development of thought and to determinism."

The play Together by Dennis Kelly (translation by Philippe Le Moine) is published and represented by L’ARCHE – éditeur & agence théâtrale. www.arche-editeur.com © L’Arche 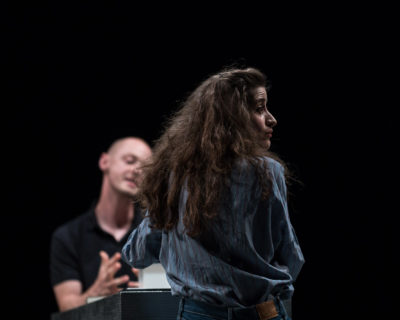 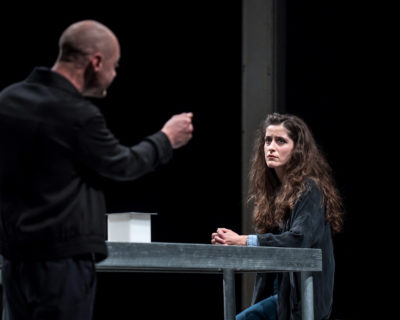 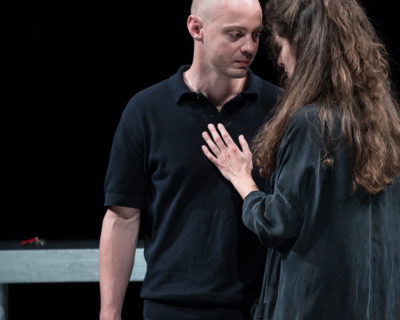 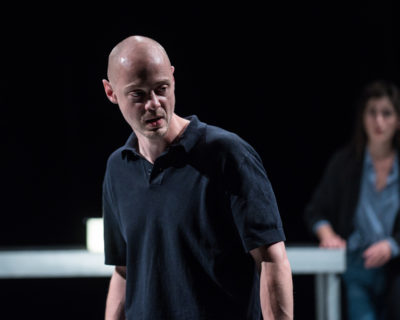 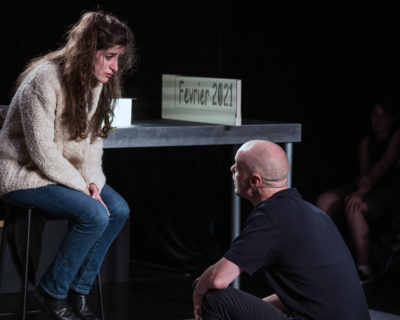 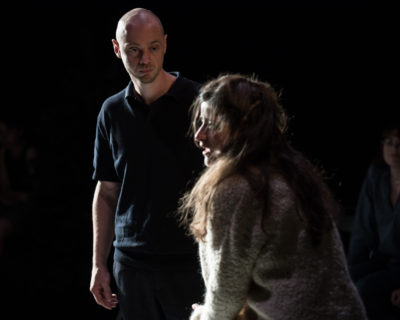