Art as a tool for social transformation, a social franchise of the Flight

In its history since 2001, La Manufacture has been involved in several skills development projects for audiences, particularly in Saint-Chamand: ESAT-CAT Cécilia 84 from 2005 to 2008, critical web TV and professional web media training from 2008 to 2011.

Today, we are joining forces with L’Envol, a structure initiated by Bruno Lajara, a companion of La Manufacture who performed several times in Saint-Chamand during the festival. Bruno has created two fantastic, innovative schools in Arras and Béthune where he is developing artistic training to support a group of 12 to 14 young people who are dropping out, invisible as they are sometimes called today, for 7 months.

The results are impressive: more than 80% reintegration rate at the societal level and employability.

This project has won awards from several national foundations, including La France Sengage and France Active, to spread nationally.

This is a commitment of La Manufacture, but also of its teams and artists around this project.

It responds to several challenges of our current society and of culture in France and in Europe today: social inclusion and empathy are the main axes of future European cultural programming.

The term social transformation underlines the active strategy of the project: it is about reintegration through culture, giving re-employability through culture. No social innovation or cultural mediation.

In this sense, the project questions the role of the cultural structure and artists in the city and proposes new laboratory avenues.

The Classe Départ of Avignon will play a special role in the developing social franchise network because from 2022, the exit projects of the different Classe Départ of the national network will be presented at La Manufacture during the Festival with enormous motivation for the trainees, with exchanges of good practices and development of visibility on the approach and its challenges with the network of professionals of La Manufacture.

This project is the winner in Avignon of the city’s 2021 call for a political project sponsored by the State, Greater Avignon, the City of Avignon, social landlords and the ANRU in particular.

For this exceptional plenary, the French members of the IETM have chosen to meet in Avignon at La Manufacture, on the Saint Chamand site. Mythical and emblematic city of European and world theater, Avignon, which had to cancel its prestigious festival this year (for the second time in its 75-year history), seemed to us the ideal place to tackle the theme of these days: ” What Matters Now? “. In partnership with the Théâtre de la Massue, La Manufacture, the city of Avignon and the South Region, the emphasis was placed on finding avenues for the reconstruction of international exchanges in terms of networks, productions and broadcasts. Faithful to the spirit of the IETM, these days were laborious, participatory and festive, resilient despite the health crisis. They were concomitant with the “Etats Généraux des Festivals” organized by the Ministry of Culture and Communication.

The principle of the Classe Départ

For seven months, a dozen young adults (between 17 and 25 years old) are welcomed under a civic service volunteer contract in the Classe Départ project. These young people, called “travelers” must, to integrate the system, be neither in employment nor in studies and must have a profile of “dropout”: no or little diploma, no or very little qualified, with no prospect of training or employment. For seven months, their mission is to carry out cultural mediation actions aimed at all the inhabitants of the territory where the project is located, but in particular those who are far from culture, while working to define their own personal and professional project.

The time spent by passengers in Classe Départ is organized around 3 axes: 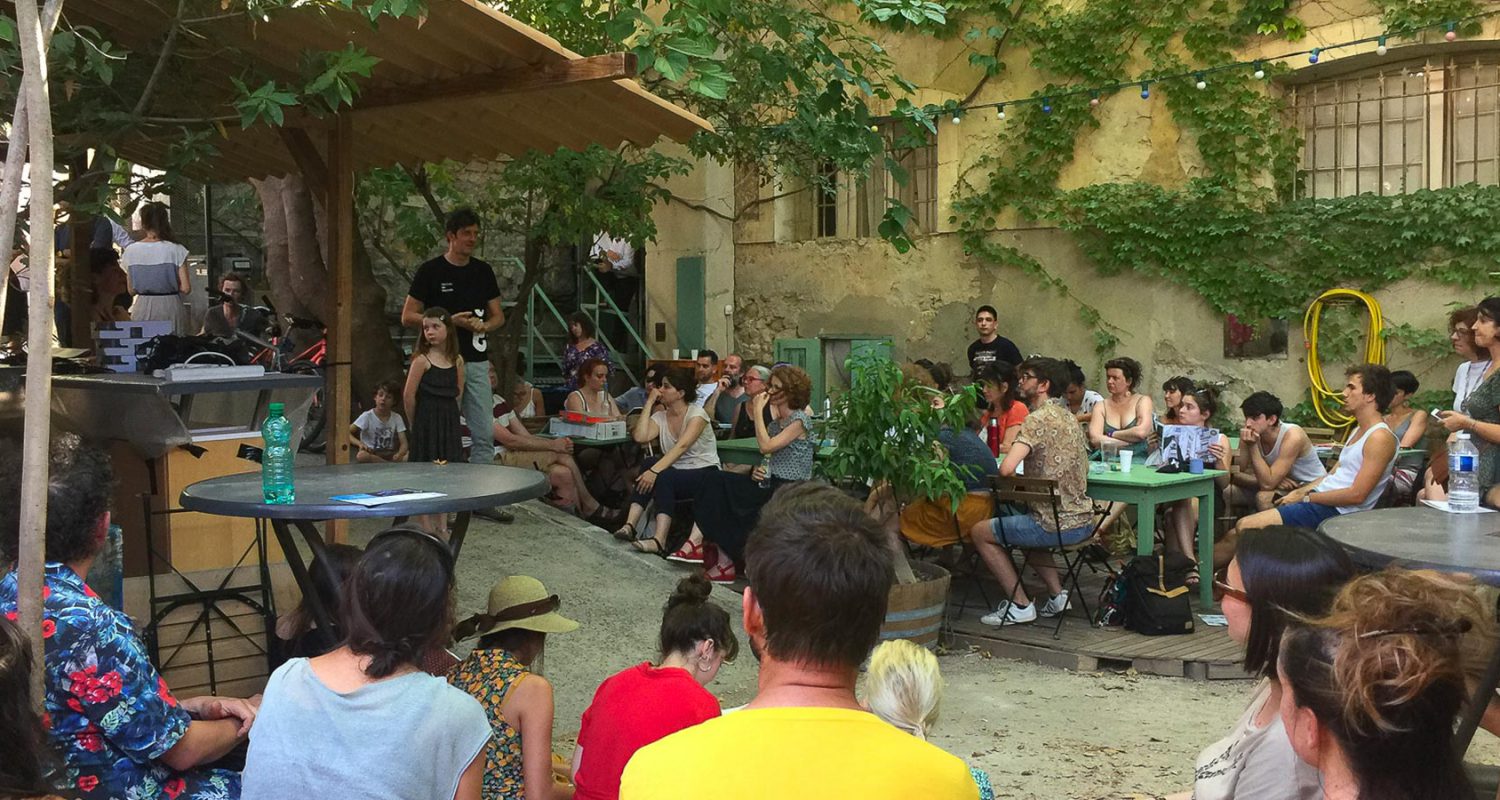 They allow each traveler:

The outcome of the project takes the form, during the last month of civic service, of a creation, generally a show, which is presented in a recognized cultural establishment, under working conditions similar to those of professional artists: ‘Art-Realization. The Art-Realization is directly or indirectly inspired by the journeys of travelers. This last step aims, on the one hand, to bring the voice of this youth in a situation of exclusion and isolation and therefore, often invisible, and to make it audible and visible to the greatest number, on the other hand, to encourage each young person welcomed to surpass themselves by participating in the creation of a collective work of art – a basic experience for making a new start in their life journey.

At the end of Classe Départ, on average 80% of travelers experience an improvement in their situation, in terms of autonomy in accommodation, mobility, seeking training or employment, citizen involvement.